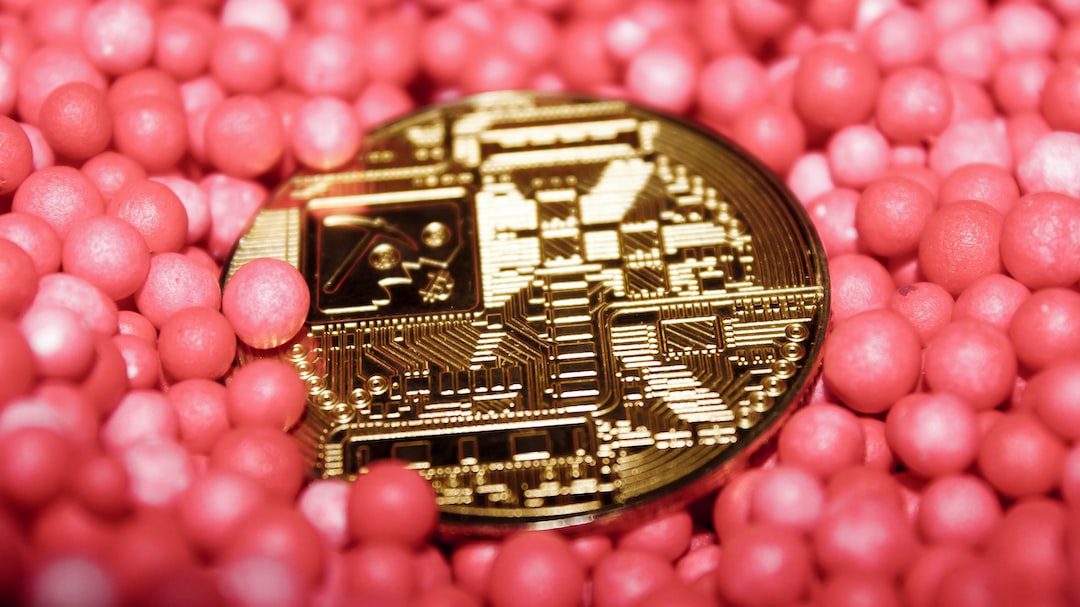 If you’re looking for tech stocks to buy, it might help to look to the market for emerging trends.

A recent note to clients by investment bank Goldman Sachs (NYSE:GS) highlighted the fact that hedge funds are once again buying U.S. technology stocks. In fact, during this year’s second quarter, hedge funds increased their investments in U.S. tech stocks to their highest level since the start of the COVID-19 pandemic in 2020.

Hedge funds grew their tech stocks to buy while reducing their investments in energy securities during the April through June period. At the same time, the turnover rate of technology stocks among hedge funds fell to a record low of 23% during the second quarter.

According to Goldman Sachs’ note, hedge fund managers began moving money back into technology stocks in mid-June on signs that inflation may have peaked in the U.S.

These tech stocks to buy include familiar names such as Amazon (NASDAQ:AMZN), Nvidia (NASDAQ:NVDA), and Tesla (NASDAQ:TSLA), to name only a few. Clearly, the so-called “smart money” is betting on a rotation back into technology stocks as inflation cools and the prospect of fewer interest rate hikes nears.

With technology stocks back on the radar of professional money managers, we offer up seven hot tech stocks to buy for investors to buy in September.

Apple (NASDAQ:AAPL) was one of the top tech stocks to buy among hedge funds at the start of the summer. September is the perfect time for retail investors to also buy AAPL stock given that it represents the kick-off of the company’s new products leading into the year-end holiday shopping season.

On Sept. 7, Apple is scheduled to host its annual product launch event where it is expected to unveil the iPhone 14 and several other electronic devices that analysts say are likely to include new MacBook computers, low-end iPads and several new versions of the Apple Watch.

Apple plans to live stream the launch rather than hold an in-person event, continuing a trend it began during the pandemic. Media reports say that the standard iPhone 14 will look nearly identical to the iPhone 13.

The minor difference is the company will eliminate the 5.4-inch “mini” version of the smartphone and add a model with a 6.7-inch screen, the first time Apple has included a display of that size.

For the iPhone 14 Pro, Apple is reportedly planning to replace the front-facing camera cut out with a pill-shaped hole for Face identification, and add a faster processor chip and a 48-megapixel wide-angle camera.

The launch events each September typically kick Apple’s sales into high gear heading into the fourth and final quarter of the year, and its stock often gets a boost as well.

Advanced Micro Devices (NASDAQ:AMD) has introduced a new Ryzen 7000 desktop processor that it claims can boost personal computer (PC) speeds by 29%. The new processors go on sale Sept. 27 and are the first new PC chips from AMD since 2020.

Additionally, the Ryzen 7000 processor is anticipated to reduce energy consumption by 62% compared to the Ryzen 5000 chips. The new 7000 series chips use a newer five-nanometer technology that’s faster and more energy efficient, helping to push the top speed of the processors to 5.7GHz.

AMD is also leading in the use of the so-called “chiplet” design approach that packages several smaller processing elements into one large chip. Year-to-date, AMD’s stock is down 42%. While the decline might be eye-popping at first glance, investors should view it as a buy-the-dip opportunity.

Microsoft (NASDAQ:MSFT) was the second most purchased tech stock among hedge funds in this year’s second quarter, behind only Amazon.

This should not come as a surprise given that Microsoft remains a blue-chip technology security.

The company continues to post strong earnings amid an increasingly diversified business, maintains a market capitalization of nearly $2 trillion. It is one of the few mega-cap tech stocks that pays a dividend (current yield: 0.94%). Plus, Microsoft’s current price-to-earnings ratio of 27 makes the stock look reasonably priced at its current level of $263.08 a share.

Despite the market turmoil this year and challenges ranging from supply chain constraints to high inflation, Microsoft continues to diversify and grow its various businesses — from its $68 billion acquisition of video game maker Activision Blizzard (NASDAQ:ATVI) to its Azure cloud computing segment.

Its most recent quarterly results showed that revenues for the Azure cloud unit grew 40% from a year earlier, which was faster than any of its competitors’ cloud computing divisions. Any way you look at it, Microsoft keeps firing on all cylinders.

Wireless internet provider T-Mobile (NASDAQ:TMUS) is the rare technology stock that is outperforming the broader market and is actually up on the year.

Since the first trading day this past January, TMUS stock has risen 26%. The share price appreciation comes as T-Mobile aggressively rolls out its fifth generation (5G) wireless networks across the U.S.

The company counted more than 110 million subscribers in the U.S. at the end of June this year, making it the second-largest wireless carrier in the country after Verizon (NYSE:VZ), which has 143 million wireless customers.

T-Mobile recently generated headlines around the world with its announcement that it is partnering with Elon Musk’s privately-held company SpaceX. The plan is to connect its 5G smartphones to satellite internet and eliminate mobile dead zones throughout the continental U.S.

Called the “Coverage Above and Beyond” plan, T-Mobile says its latest generation of smartphones will connect to satellites operated by SpaceX and provide connections of at least two to four Megabits per second across any coverage area in the U.S., including Hawaii, Alaska, and in territorial waters.

The company says customers will be able to text and send MMS messages anywhere there is a clear view of the sky.

Broadcom (NASDAQ:AVGO) stock is essentially flat, but the share price has doubled in the last five years. Another reason for investors to like Broadcom is its 3.25% dividend yield, which is among the best quarterly payouts of any tech stock.

Broadcom first paid investors a quarterly dividend of $0.07 a share back in 2010. Since then, the company has grown its dividend payout 20% annually to its current level of $4.09 per share each quarter.

Broadcom has managed to grow its earnings this year despite facing numerous headwinds, and the company isn’t letting the current downturn stop it from growing.

At the end of May, Broadcom announced that it is acquiring enterprise software company VMware (NYSE:VMW) for $61 billion in cash and stock. VMware will help Broadcom diversify and further expand into the lucrative cloud computing arena.

The VMware deal follows a string of acquisitions by Broadcom, which has also included the purchase of CA Technologies in 2018 for $18.9 billion and the buying of Symantec in 2019 for $10.7 billion.

Alphabet (NASDAQ:GOOGL) stock has rarely been as affordable and cheap as it is following its 20-for-1 stock split in July.

Following the split, and with continued downward pressure, GOOGL stock is currently trading at $108.49 per share.

With a P/E ratio of 20, Alphabet looks like a solid long-term bet for investors interested in picking up best-of-breed technology stocks. Year-to-date, Alphabet stock has declined 25% and it may get cheaper yet if September proves once again that it is the worst month for the stock market.

Investors who have a long time horizon may find they are richly rewarded in the coming years from picking up Alphabet stock at current lows.

Alphabet is much more today than the Google search engine. The company has its hands in everything from artificial intelligence and cloud computing to self-driving cars and wearable tech. It’s latest push is in cybersecurity, having recently acquired two companies in the space: Mandiant and Siemplify.

Alphabet appears keen to move into the cloud security space where Microsoft is currently a dominant force. Alphabet has said it plans to integrate its new cybersecurity products and services into its Google Cloud Platform moving forward. The cybersecurity push is another example of how Alphabet is always looking to the future.

On paper, cloud computing giant Salesforce (NYSE:CRM) looks like a no-brainer when it comes to the best tech stocks to buy now.

The company just reported earnings that beat on the top and bottom lines, announced a $10 billion share repurchase program (the first in the company’s history), and it has successfully completed its $27 billion acquisition of messaging app Slack.

Yet, CRM stock is down 38%. The latest slump in the share price came after the company issued weak forward guidance alongside its most recent earnings.

That fell short of the $1.29 in adjusted earnings per share on $8.07 billion in revenue that Wall Street had penciled in for the San Francisco-based company. The disappointing guidance completely overshadowed what was otherwise a stellar print from Salesforce.

For the second quarter, the company announced earnings of $1.19 a share compared to $1.02 that had been expected by analysts polled by Refinitiv. Revenues came in at $7.72 billion versus $7.69 billion that was expected on the Street. Strike while the stock price is low.

On the date of publication, Joel Baglole held long positions in AAPL, MSFT, GOOGL and NVDA. The opinions expressed in this article are those of the writer, subject to the InvestorPlace.com Publishing Guidelines.