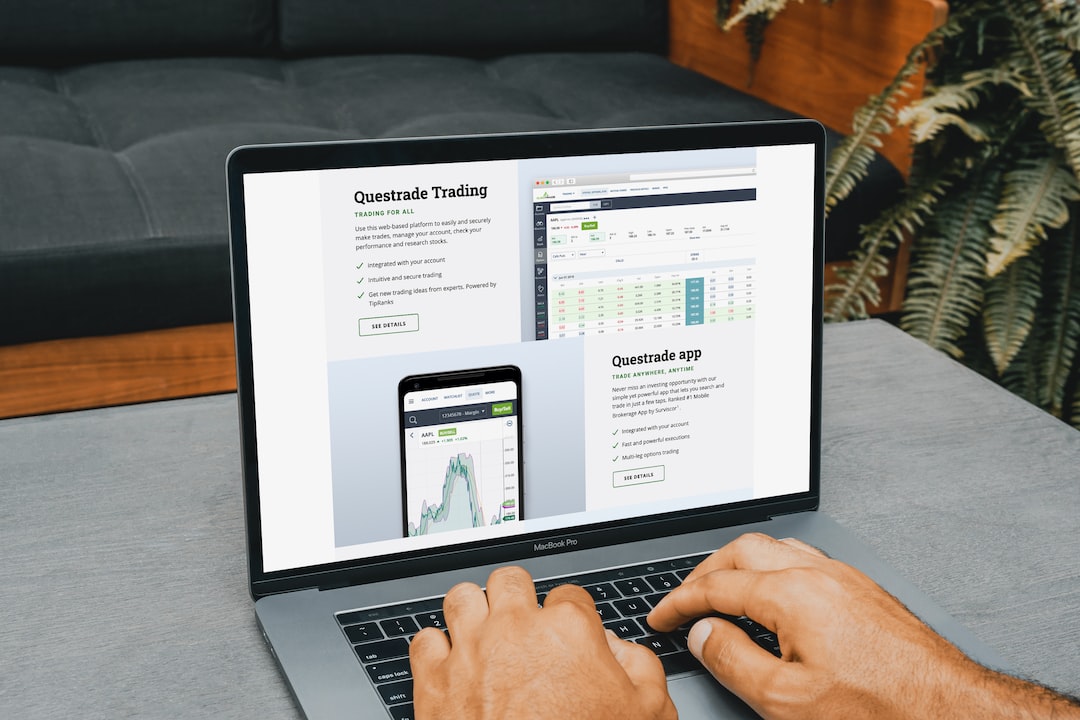 A Black Swan  is a rare, catastrophic event that hits the stock market and causes it to crash, unleashing terrible losses for investors. Examples of Black Swan Events include the Black Monday crash of 1987, the dot-com bubble bursting in 2001, the 2008 financial crisis, and the pandemic crash that occurred in March 2020.

The term “Black Swan” was given to these events by former Wall Street trader Nassim Nicholas Taleb, who wrote a book titled The Black Swan that was published in 2007. Ironically, Taleb’s book arrived just months before the 2008 financial crisis that caused stock markets around the world to crash.

The central argument of Taleb’s book is that, because any Black Swan event is impossible to predict but can have devastating consequences, investors should always assume that such an occurrence is a possibility and position their portfolio to withstand Black Swans. With that in mind, we offer the following seven stocks to consider selling before the next Black Swan Event roils markets and sends share prices plunging.

Investors probably don’t want to hold meme stocks in their portfolio the next time the market crashes. Indeed, they probably shouldn’t even own meme stocks during bull runs.

But discussions of risk aside, the stocks of companies such as video game retailer GameStop (NYSE:GME) that are losing money, struggling to sell their products online, and subject to frequent short squeezes by retail investors, are the kinds of securities that get trampled when markets plunge and panicked investors stampede for the exits.

Case in point: Between March and May of this year, at the height of the market downturn, GME stock fell 57%, far outpacing the 20% loss of the S&P 500 index and the 30% decline of the Nasdaq.

Of course, big runs up and down are nothing new for GME stock, which tends to rise and fall in sympathy with other meme stocks. GameStop’s share price recently fell nearly 10% after fellow meme play Bed, Bath & Beyond (NASDAQ:BBBY) dropped more than 40% on news that the activist investor Ryan Cohen, who is chairman of GameStop, sold his entire stake in BBBY.

GameStop also continues to issue disappointing earnings reports and is having a difficult time making the switch from a brick-and-mortar retail chain to a primarily online retailer of video games and related products. This is not a stock investors want dragging down their portfolios during a Black Swan Event.

Big multinational banks that have exposure to many different countries tend to take it on the chin whenever financial markets around the world melt down .

A financial crisis in Japan, a run on the banks in the Philippines, or a war in Europe can lead to losses at many of the largest banks in the U.S., which have operations in many different foreign markets. For this reason, banks that are solely based in the U.S. or have a presence in a specific region of America tend to see their stocks outperform in a crisis as their balance sheets are more insulated and less exposed to a Black Swan Event that wreaks havoc across financial systems and stock markets.

Among the biggest U.S. banks, Citigroup (NYSE:C) has the most international exposure, making it particularly vulnerable. For example, Citigroup had more exposure to Russia than any other U.S. bank. In a regulatory filing earlier this year, Citigroup disclosed that it had as much as $10 billion of exposure to Russia and that it faced $4 billion of losses after the Russian military invaded Ukraine and nations around the world imposed crippling economic sanctions on Moscow.

Citigroup is also highly exposed to Southeast Asia, though it is trying to reduce its presence in that part of the world, recently agreeing to sell a big chunk of its retail business in Asia to United Overseas Bank for $3.7 billion.

How will cryptocurrencies perform in a crisis? The preliminary indications are not encouraging. Long touted as “digital gold” and a safe haven for investors in times of turmoil, crypto assets collapsed when stock markets turned south this year.

And rather than being a hedge against inflation, cryptocurrencies such as Bitcoin (BTC-USD), Ethereum (ETH-USD), along with many other digital coins and tokens ,fell in tandem with technology stocks. It was a sad situation that threw the whole purpose and value of cryptocurrencies into doubt, making many investors even more skeptical about digital currencies.

This brings us to Coinbase (NASDAQ:COIN), one of the largest cryptocurrency exchanges in the world. Coinbase is more exposed to cryptocurrencies than just about any other company, and its share price tends to move in lockstep with the price of the crypto market. So far this year, BTC, the biggest cryptocurrency, has fallen 55% and COIN stock is down 70% on the year and trading at $74 per share.

All of that is occurring as multiple cryptocurrency firms file for bankruptcy protection, fleece investors, or have their deposits stolen by hackers. With many people expecting the next Black Swan Event to be caused by cryptocurrencies, investors might want to get out of Coinbase before things get really ugly.

Companies in the leisure, travel and tourism space seem to be hit by all sides during a crisis.

During the most recent global crisis — the Covid-19 pandemic — the shares of cruise ship operators, such as Carnival (NYSE:CCL), were completely decimated as travelers sought refunds and government agencies such as the Centers for Disease Control and Prevention (CDC) effectively shut down their operations.

Consequently, Carnival lost more than $10 billion during the pandemic, and its stock was completely obliterated and has yet to recover. So far this year, CCL stock has fallen 65%, and it now trades at $9.56 per share.

And that’s after the CDC lifted the onerous health restrictions imposed on cruise ships and as the firm’s bookings for the months and the year ahead improve. Confidence in the stock was truly shaken on June 29 when respected investment bank Morgan Stanley (NYSE:MS) issued a note to clients. In the note,  the firm outlined a scenario in which CCL stock could fall to $0. The next time that a crisis hits, it can be expected that Carnival stock will once again be walloped.

Investors are less inclined to speculate when markets are crashing around the world. In times of crisis, investors tend to seek out  the stocks of stable, blue-chip companies that have a proven track record in good times and bad.

This phenomenon helps to explain the flight from the shares of financial technology company PayPal (NASDAQ:PYPL) this year. The entire fintech sector has experienced sharp declines since January as investors fled to safety, but PYPL stock has been particularly harmed, down 67% so far in 2022 and currently changing hands at $94.56 per share. The stock is emblematic of the type of richly valued, speculative security that investors shy away from during a market meltdown.

It doesn’t help that PayPal is heavily exposed to cryptocurrencies, facilitating the buying and selling of  digital coins and tokens, and enabling consumers to make purchases with various crypto assets.

There are even rumors that PayPal is considering developing its own crypto coin. Being heavily involved in a volatile, speculative industry such as cryptocurrencies also gives investors pause in times of uncertainty and elevated risk. Many investors would rather steer clear of a company like PayPal during a crisis and instead buy the stock of a blue-chip regional bank or another company that is on sounder financial footing.

Again, what do consumers do in an economic or financial crisis? Typically, they cut back on discretionary spending and focus their resources on buying essential goods.

That helps to explain why GPS stock is down 64% this year and trading at $10 per share. Other clothing retailers have suffered similar losses.

Making matters worse, discretionary stocks such as The Gap are also sensitive to higher interest rates, elevated gas prices, and supply chain disruptions, and they are heavily exposed to foreign markets, notably in Asia where much of their clothing items are manufactured.

In short, GPS stock and others like it can be hit with a perfect storm of negative sentiment when markets are thrown into a tizzy or an unexpected crisis erupts.

The first thing famed investor Warren Buffett did when the Covid-19 pandemic hit in March 2020 was sell  all of his airline stocks. It turns out that the so called “Oracle of Omaha” was once again very prescient in his decision making as airlines struggled throughout the pandemic and their share prices cratered.

The International Air Transport Association estimates that the worldwide pandemic cost airlines more than $200 billion. And, as the biggest carrier in the world, Texas-based American Airlines (NYSE:AAL) suffered more than most.

As with cruise lines, air travel is largely viewed as an optional, discretionary item, and consumers tend to scale back their flights during difficult times.  And, as we’ve seen this summer, airlines can be slow to recover and ramp up again coming out of a crisis. In the event that markets again swoon and suffer following another Black Swan Event, investors should expect that airline stocks such as American will be dragged lower and remain depressed for a lengthy period.

On the date of publication, Joel Baglole held long positions in C and MS. The opinions expressed in this article are those of the writer, subject to the InvestorPlace.com Publishing Guidelines.